Pure Indian cooking prides itself in being a family run restaurant and one with impeccable credentials.

Owned by the husband and wife team of Faheem Vanoo and Shilpa Dandekar, both of whom started their careers with the famed Taj group in India, Pure Indian Cooking opened in 2015.
Since then, with Faheem managing front of house and Shilpa, who has worked with such masterchefs as the legendary Raymond Blanc OBE and Sriram Aylur of the Michelin starred Quilon, heading the kitchen, the restaurant has amassed a strong following as a refined as an exceedingly good local restaurant, with many clientele calling it a London “West End restaurant in Fulham!”
We would be delighted to see you at Pure Indian Cooking so please come and share in our warmth, fabulous food and drink and wonderful hospitality.

A hidden gem I must say. Was visiting with some my my friends this summer when visiting London and was not let down. Ordered the pre-starter, paani poori with chaat to start with which kicked on our palate for the exciting mains. The starters in chicken, lamb & vegetarian were just so succulent & delicious that we could not have asked for more. The mains included Khada masala, manglorian chicken curry...

It is always a happy day when you discover a new restaurant within comfortable walking distance of your home. And when it transpires that its chef is a Michelin-level trained Indian woman, who honed her skills at London’s high-end Indian restaurants, The Bombay Brasserie and its Michelin-starred sister restaurant Quilon, as well as having worked on the opening team of the very first Brasserie Blanc...

Purity is an interesting concept in food. Some people believe that one should not deviate from tradition as the best dishes are those perfected over hundreds of years. Then, there are those who believe that tradition is just a starting point for inspiration. This debate can often be quite heated, protracted and sometime amusing...

Delivery time: 35mins
Food: 5/5
Quality: 5/5
Friendliness: very friendly people whom gave free popadoms and mango chutney as a complimentary
gift for ordering from them as I was one of their first customers.
Recommend to a friend: Yes and I will be ordering from them shortly 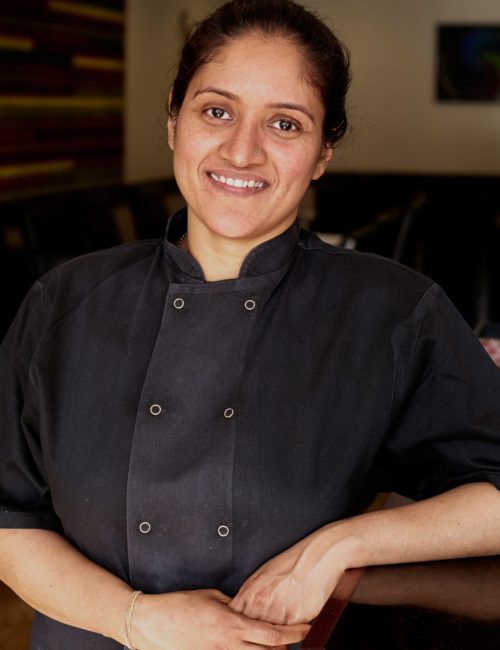 With passion for cooking Chef-Patron Shilpa Dandekar honed her skills as a Trainee Chef with India’s famed Taj hotel group.
Having arrived in the UK, Shilpa immediately took to cooking Modern British food in various pubs before embarking as a Sous Chef at London’s renowned Michelin-starred Indian restaurant Quilon. Following on from Quilon, Shilpa moved on to working under Raymond Blanc OBE, with whom she was part of the opening team for the very first Brasserie Blanc in London near Bank, before being promoted by him to become the Head Chef.
Subsequently, in 2014, Shilpa and Faheem opened a successful takeaway and home delivery unit in south west London before launching Pure Indian Cooking in Fulham.
“Freshness of ingredients and seasonality is something which is very important to me,” says Shilpa. “All the top chefs I’ve worked for have instilled this in me because the flavours of the dishes become much more distinct and enhanced by the usage of such produce. I also like to experiment and marry spices and tried and tested Indian flavours with quality British ingredients.”